On May 20, the Promotion Conference of the 10th China-LAC Business Summit was held in Beijing. Mr. Jiang Zengwei, Chairman of China Council for the Promotion of International Trade (CCPIT), Mr. Wang Xiaodong, Party Member of Hebei Province, and Ambassador Lloyd Pinas of Suriname, Head of Diplomatic Mission of LAC Countries made speeches. Representatives of embassies and associations from 18 LAC countries including Chile, Peru, Uruguay, and Mexico attended the conference and had in-depth exchanges on the summit and China-LAC trade & investment cooperation. Mr. Lin Shunjie, Director General of Department of Trade and Investment Promotion, CCPIT hosted the conference.

In his speech, Chairman Jiang Zengwei introduced the present situation and prospect of economic and trade relations between China and LAC countries. He said that, in recent years, under the new framework of “1+3+6” cooperation between China and Latin America, economic and trade cooperation between the two sides showed sound development momentum. China has become the second largest trading partner of Latin America as a whole and the largest trading partner of many LAC countries. Latin America has become one of the fastest growing exporter to China, and an important destination for China's overseas investment. CCPIT will give full play to the platform of China-LAC Business Summit, and vigorously promote development of China-LAC economic and trade relations. For this reason, CCPIT will cooperate with People’s Government of Hebei, People’s Bank of China and Inter-American Development Bank to hold the 10th China-LAC Business Summit and series of trade and investment promotion activities in the City of Tangshan, Hebei Province on October 14-15. The Summit will focus on new areas of China-LAC trade and investment, new model of business cooperation, and new contents of business associations and chambers of commerce services to boost business confidence. Through practical exchanges, the Summit will create more business opportunities by building platform for pragmatic cooperation between China and Latin America. CCPIT is willing to work with the relevant parties to deepen of cooperation between China and LAC businesses to achieve more pragmatic results.

Mr. Wang Xiaodong said that, with the coordinated development of Beijing, Tianjin and Hebei becoming a national strategy, and the success of Beijing -Zhangjiakou joint bid to host the 2022 Winter Olympics, Hebei has become one of the most dynamic =and promising regions for development in China. Hebei sees Latin America as a key partner for international cooperation. The LAC countries are accelerating the process of industrialization and promoting a new round of infrastructure construction. Hebei has advantages in the industries of iron and steel, cement, glass and the photovoltaic sector as well as production capacity, technology, management, personnel and other aspects. The cooperation between the two sides holds great potential. Hebei will create an enabling business climate for companies from both sides by constantly improving investment and trade policies, innovating financial information services, and building platforms for practical cooperation initiatives. Hebei welcomes LAC governments, associations and business people to attend the 10thmeeting, having matchmakings and visits, as well as looking for business opportunities.

As Head of Diplomatic Mission of LAC Countries, Mr. Lloyd Pinas, the Ambassador of Suriname made a speech on behalf of LAC’s Embassies in China. He said that LAC countries attach great importance to developing economic and trade relations with China. He commends CCPIT’s efforts to promote economic and trade cooperation between China and LAC countries over the years. LAC’s Embassies will strive to promote the participation of business communities in their home countries, continue to actively use the important platform of China-LAC Business Summit to deepen economic and trade cooperation between China and Latin America.

Mr. Li Qinfeng, Deputy Mayor of Tangshan City introduced the basic situation of Tangshan. Representatives of Laoting County and the Development and Reform Commission of Hebei Province introduced the relevant situation of the China-LAC Industrial Park and the focus of foreign cooperation in Hebei Province separately. Mr. Xu Yingzhen, Counsellor of Department of American and Oceania affairs, Ministry of Commerce, Mr. Zhu Jingyang, Counsellor of The Department of Latin American and Caribbean Affairs, Ministry of Foreign Affairs, and Diplomatic envoys affirmed the important role of the Summit, expressed their views on China-LAC cooperation potential, and put forward valuable suggestions on the preparatory work of Summit.

Initiated by the China Council for the Promotion of International Trade (CCPIT) in 2007, China-LAC Business Summit is the first promotion mechanism and platform of economic and trade cooperation between China and Latin America & the Caribbean, and was included as a key mechanism for developing China-LAC business relations in China’s Policy Paper on Latin America and the Caribbean issued by the Chinese government in 2008. The Summit is held annually in China and LAC countries on a rotating basis. The 10th China-LAC Business Summit will be held in Tangshan, Hebei Province, themed as “Working Together in Innovation for Win-Win Cooperation” .By then, leaders of the LAC countries, Chinese and LAC’s government department heads, business entrepreneurs, as well as experts of related think tanks and financial institutions will focus on common concern topics like “global cooperation on production capacity”, “trade and investment”, “financial services”, and “industrial park cooperation”. There are also such side events will be held concurrently, such as Roundtable Meeting of China-LAC Trade Promotion Organizations, business matchmaking meetings, and China-LAC Industry Cooperation Exhibition. 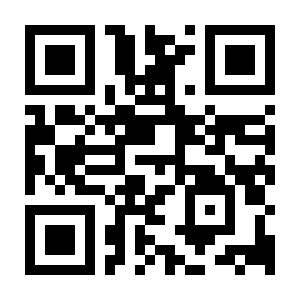