In 2016, Premier Li Keqiang asked about the development of cruise shipping economy twice, and proposed on the Executive Meeting of the State Council held on October 14 that the 15-day visa-free policy for overseas cruise tourists was expanded from Shanghai to other ports of China. The master plan of national cruise tourism is to be issued soon, favorable policy information comes endlessly and news of victory in national cruise shipping economy keeps pouring in. According to the statstics by China Cruise & Yacht Industry Associaton (CCYIA), from January to October 2016, the eight major cruise ports of China including Dalian, Tianjin, Qingdao, Shanghai, Zhoushan, Xiamen, Guangzhou and Sanya totally received 810 liners, with a year-on-year increase of 61%. The number of cruise tourists entering and exitng China was 3,785,371 person times, with a year-on-year increase of 81%. Presently the cruise shipping industry of China has entered the golden decade of rapid development and will form greater market volume and higher-level development patern. China is promising to become the worldwide largest cruise tourism market.

On the other hand, the National Development and Reform Commission, Ministry of Foreign Affairs and Ministry of Commerce issued the Vision and Action for Promoting Co-construction of the Silk Road Economic Belt and 21st Century Marine Silk Road as early as in 2015. It expressly proposed that China is willing to promote the understanding and recogniton of the countries along the line for the connotaton, objectve and tasks of co-constructon of the “Belt and Road” by multiple forms such as cooperative study, forum and exhibiton, personnel training and exchange visit under the existng framework of bi- and multi-lateral and regional/-subregional cooperation mechanism together with the countries along the line. China is willing to, together with the countries along the line, stably promote the construction of demonstration projects, jointly determine a number of projects with consideration to bi- and mult-lateral interests and start the implementation of projects with mature conditons recognized by all the partes to gain achievements as soon as possible. Meanwhile, the key direction of the 21st Century Maritme Silk Road is to extend from the coastal ports of China to Europe via South China Sea and the Indian Ocean, and to the South Pacific via South China Sea. The key points of cooperation include: enhancing tourism cooperation, enlarging the scale of tourism, mutually holding such actvites as tourism promotion week and publicity month, jointly developing selected international tourism routes and products with the characteristcs of the Silk Road,improving the facilitation of visa application by tourists of the countries along the line and promoting the cooperation in the 21st Century Marine Silk Road cruise tourism.

Therefore, CCS12, with special support of China National Tourism Administration, jointly sponsored by the People’s Government of Hainan Province and China Communicate and Transport Associaton, and organized by CCYIA, Hainan Tourism Development Commitee and the People’s Government of Sanya City, is to be held in Sanya from November 5 to 7. The theme of the Conference is The “Belt and Road Initatives” Cruise Tourism. Centered on the theme, communicaton and discussion of multiple parts and levels will be carried out, exhibition and display of full industrial chain will be organized and the 1st Sanya Cruise Festival will be held according to the practical situation of Sanya. 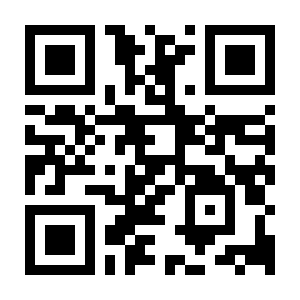